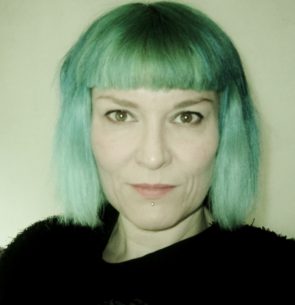 My name is Janey Hiller. Over the last few years, inspired in part by Pope Francis’ letter to the churches (called Laudato Si), I have been on a personal journey of learning to live more lightly on the earth. That journey has taken me in lots of interesting directions from getting involved with Extinction Rebellion through to becoming a committed vegan. I am a Christian and became an ordained minister in the Church of England in June this year. Christians base their faith on the Bible, which contains stories of how God has interacted with his people over the course of history, up to and including the life of Jesus. The bible is our guide for living, calling us to a life ethic based on Jesus’ teachings about love, compassion, justice, care for the poor and marginalised and to self-sacrifice. Central to my understanding of the Christian faith is that God – in an act of love – created an abundant and good world for his glory and for our enjoyment. Some Christians take a literal view of a 7-day creation, others a more evolutionist view – but either way, the idea that a loving, creative divine being is the source and sustainer of the world we live in is profound. It has impacted on my own understandings of who and what the world is for and how I live as part of that good creation. Christians believe that people are made in God’s image, and my take on that is that we have been given responsibility for caring for the rest of creation – not seeing it as ours to extract, abuse or control, but being part of it to cherish and nurture its abundance for all. Effectively, we are co-workers with God in his purpose for the care and flourishing of the world, which is a huge privilege, duty and joy! Part of that, for me as a vegan, is the fundamental idea that I am a creature too and therefore have no right to warp that God-given duty into the kind of power that is exerted over non-human animals in ways that result in us using them for food, entertainment, clothing or experimentation.

In this panel discussion, we shall be exploring how people of varying faiths and beliefs find resonance in Veganism and how the practice of Veganism is in congruence with their faith. We shall explore some of the obstacles they may face amongst friends and family of the same faith and how some of these obstacles have been overcome.