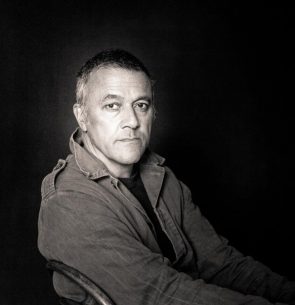 Cleve West is a landscape designer whose creative use of space and imaginative planting have put him at the forefront of contemporary garden design in the UK.  Trained at the Royal Botanic Gardens Kew under the tutorship of John Brookes, he has won a total of nine RHS Gold Medals (six at the Chelsea Flower Show) and three awards for innovative garden design. His garden for Bupa at the Chelsea Flower Show in 2008 won the BBC/RHS “People’s Choice” award and he has won the coveted “Best in Show” two years in succession for The Telegraph in 2011 and BrewinDolphin in 2012.  His paradise-themed garden and homage to Exmoor both won Gold Medals for the Chelsea Flower Show’s main sponsor, M&G Investments in 2014 and 2016 respectively.

Whether in town or in the country, Cleve will combine structure with sensuality, the classic with the contemporary, invariably embracing the tension between the familiar and unfamiliar to give the garden an ‘edge’.

Sustainability is the corner stone of Cleve’s philosophy. He uses local materials wherever possible and carefully selects plants that work in their surroundings. His planting schemes, natural or contrived, will always be guided by existing flora and local conditions especially where bio-diversity is an issue.

Collaboration with artists, architects and craftsmen is also an important element in any design. Cleve has developed a close bond with nurseries, suppliers, artists and contractors to achieve reliability and excellence in quality and afterwards to maintain and manage the garden to a high standard.

One of his more recent projects is Horatio’s Garden (at the Duke of Cornwall’s Spinal Treatment Centre, Salisbury) won three Society of Garden Designers Awards in 2015.  He has recentlycompleted a garden for a new Maggie’s Centre in Cardiff and Christ Church Primary School in Battersea where pupils are taught about gardening and the importance of biodiversity from an early age.

Cleve became vegan in June 2015, after 30 years a vegetarian.  He is now a vegan activist and his second book, “The Garden of Vegan” is due to be published by Pimpernell Press in September 2020.

The Garden of Vegan

Cleve will talk about issues covered in his forthcoming book, “The Garden of Vegan”; what we take from the garden but don’t give back, and his hopes for a more compassionate gardening world. He will also discuss how his initial venture into veganic gardening has faired on his couch-grass-ridden allotment.