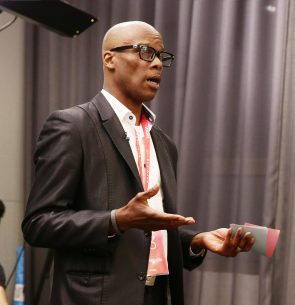 Charles is an SEO at Ankh Rah Ltd, a company that supplies high-quality food supplements.

Charles has grown up playing sports from the age of 8.

From athletics to becoming a black belt in Martial Arts. He started his company after being let down by the GP and the health specialists who wanted him to accept a medical condition for life. After going down the holistic route, Charles found a remedy for the condition and from there endeavoured to help others in the same or similar situation.

The company he formed has won many industry awards and has received many five-star reviews from amazed customers. Charles has now become a public speaker for health and is ready to share what he has learnt with others hoping to improve their lifestyles.

Charles has also healed himself from a Hernia without surgery.

The connection between sports, exercise and nutrition

Charles chose this industry after being let down by the GP and health specialist who wanted him to accept a condition for life. Charles after going down the vegan and holistic route managed to find a remedy for his condition. He then started his own company supplying natural supplements which have since, won multiple health industry awards and is receiving many 5-star reviews. Charles has since healed himself from a hernia without the operation offered by the hospitals and then started training in Calisthenics which many of the exercises require a strong core showing proof of a complete recovery.

How to gain a healthy lifestyle through diet, nutrition and exercise

Charles SEO of Ankh Rah Ltd shares his knowledge about nutrition and sport performances plus how to energise and recover from your workout.