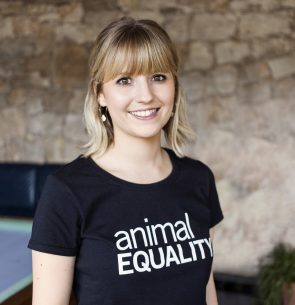 Animal Equality works with companies, government, industry and society to change the way we treat and think about farmed animals, and envisions a world in which all animals are respected and protected. Animal Charity Evaluators has named Animal Equality a ‘Top Charity’ for four years due to its effective, impact-driven work that delivers outstanding value for money.

Abigail was previously the Operations Manager for Animal Equality and prior to this had a successful career in project management. A committed vegan and animal activist, she leads the organisation with a passion for ending animal suffering in all its forms.

Panel: National Organisations - Where to From Here?

A panel to highlight the work of various national organisations and where we go from here.